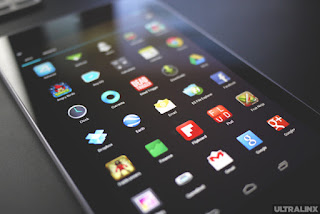 How to Increase Your Tablet's Battery Life

How to IncreaseYour Tablet's Battery Life 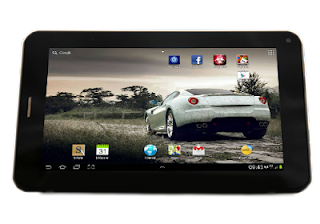 Tablets such as the iPad and the Motorola Xoom may be on their way to replacing conventional computers. A 2011 Nielsen survey found that 35 percent of desktop computer owners and 33 percent of laptop owners reduced their PC use or stopped using them altogether after they purchased a tablet. Unfortunately, as your tablet becomes your go-to device, you must wrestle with the same problem laptop and mobile-phone

owners have faced for years: extending battery life while getting the most out of the device. While tablets are relatively new, the batteries inside haven’t changed a whole lot since the mid-1990s.Improving the power consumption of a tablet is much like improving that of a mobile phone

or laptop or even conserving energy at home: turn off what you don’t use, minimize the usage of features you do need and look for hidden features draining your battery.

Reduce your screen’s brightness. This single step greatly improves your battery life. The screen is the largest power draw on a tablet. Dim your screen as much as you can handle without causing eyestrain. Some tasks, such as photo editing, may require full brightness, but reducing it for ordinary reading will pay off in extra uptime.Shorten the screen timeout interval. This feature -- called the Auto-Lock Interval on an iPad --blacks out the screen when the tablet’s not in use. While you may have to touch the screen at regular intervals to keep the tablet awake while you read, you’ll extend your battery life significantly if you use the tablet frequently for short tasks like checking email or sending SMS

messages. If you don't mind fiddling with settings, you can turn off the timeout when you're settling in for some reading, and then change it back afterwards.

Reduce or eliminate application updates, pings and syncs. For example, social media applications such as TweetDeck and Apple’s Ping update constantly by default, even when you’re not using them. Set applications to update manually whenever possible and you’ll conserve power even when your tablet is “asleep.” Likewise, Apple recommends turning off “push notifications” and email “push” settings on your iPad to conserve power.

Disable Bluetooth, Wi-Fi and GPS when they aren’t needed. Even when these services aren’t in use, they continue to search for connections and remain “powered up.” Some tablets offer a widget to quickly enable or disable these antennas when you’re not using them. If your tablet also uses 3G or 4G wireless service, disable it when you’re using Wi-Fi, or use "airplane mode" if you're photo editing or watching a downloaded movie.

Keep an eye on the applications that run in the background. Some, such as games, should be shut down when you’re done with them. Others, such as GPS-enabled apps, might use more power than you expect while they’re in the background, because they’re also accessing your GPS antenna. Kill or quit any apps you don’t need.
If your tablet has an Organic Light Emitting Diode screen, a dark-colored wallpaper will reduce the screen’s power draw. Unfortunately, this method won't work with LCD screens, which are illuminated by a static backlight. 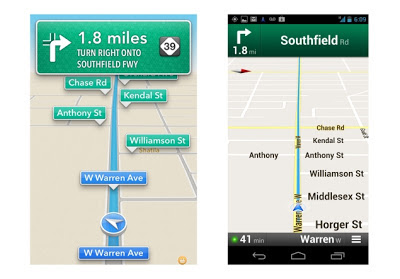 Victoria state police said drivers were sent "off the beaten track" in recent weeks while attempting to get to the inland town of Mildura, being directed instead to the middle of a national park.

"Police are extremely concerned as there is no water supply within the park and temperatures can reach as high as 46 degrees Celsius (114 F), making this a potentially life threatening issue," police said in a statement.
Authorities said tests on the mapping system had confirmed that it lists Mildura, around 500 kilometres (310 miles) northwest of Melbourne, as being in the heart of the Murray Sunset National Park.
This is about 70 kilometres (43 miles) from its actual location.
Six motorists have been rescued in recent weeks from the park after following directions on their Apple iPhones, some of them after being stranded for up to 24 hours without food or water.
Others had walked long distances through dangerous terrain to get reception on their phones.

"If it was a 45-degree day, someone could actually die," Mildura's Local Area Commander Inspector Simon Clemence told state broadcaster ABC.
"It's quite a dangerous situation, so we would be calling for people not to use the new Apple iPhone mapping system if they're travelling from South Australia to Mildura."
Apple was not immediately reachable for comment on the issue.
In September the company apologised for its glitch-ridden maps application in the new operating system used by the iPhone 5 and urged customers to use rival programmes while improvements were made.

The iconic US firm developed its own mapping programme included in its new mobile iOS 6 operating system, and in doing so booted off Google Maps, which had been the default programme for Apple devices.
But the new system immediately drew scorn for omitting key landmarks and cities, failing to identify correct locations and distorting views from its images.
Victoria police said they had contacted Apple about the problem and they hoped it could be rectified promptly. In the meantime, they asked motorists in the state to rely on other forms of mapping.

In a democracy like India, internet shutdowns have become a norm. The authorities suspend mobile internet and broadband services whenever th... 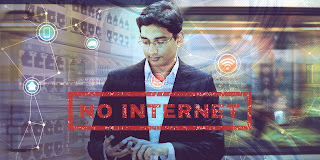